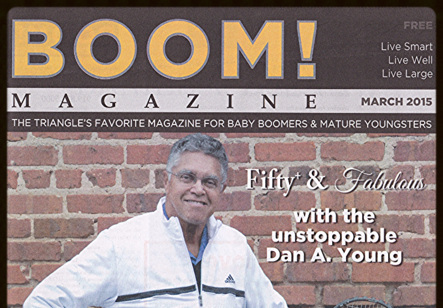 From coast to coast!

Doctor of Tennis Psychology, Geometry and Angles on Winning

Teaching Tennis the way it ought'a be taught since 1976.

WHAT A RETIRED TENNIS TEACHER
​IS DOING ABOUT AMERICA'S TENNIS DECLINE

Former tennis teaching professional for IMF (International Monetary Fund and World Bank) at the Bretton Woods Country Club in Washington, DC, Daniel A. Young, Sr. (aka Dan-the-Tennis Man) has sought about trying to correct the slow decline, as is being reported, in America's Tennis. That effort consists of offering (often unsolicited) news clips, tennis quips, tennis tips, and by videographing players to show them where their error lies, and also, by visiting local recreation departments to speak with recreational directors to observe methods used for teaching.

Young says he finds that current teaching methods are "lacking effectiveness" because of lack of attention to details, often permitting new students to use two hands, while the instructor is usually a player who uses a one-hand backhand and a one-hand forehand. A two-hand stroke shortens your reach and requires more running and limits the likelihood of learning to play effectively at the net.

Dan-the-Tennis Man is sometimes dubbed the Rally Master because of his consistency on the court, and also called the Doctor of Tennis Psychology, Geometry and Angles on Winning because of his ability to affect a win at sometimes impossible odds. With the ability to serve blindfolded both right-handed and left-handed or while lying on his back, Young has taught tennis to the visually and hearing impaired. He was first to introduce tennis in the Special Olympics to Maria Schriver at Galludet College in Washington, DC in the early '70's.

Young, who claims to teach any tennis stroke in less than an hour, has taught and played tennis in San Diego, CA, Washington, DC, Maryland, West Virginia, Florida and Virginia . . . teaching and playing tennis the way it ought'a be played. Discussing some of his teaching aids such as an egg, an hammer, a pair of scissors, an umbrella, there's little chance you will forget what you learn with his teaching method and style.